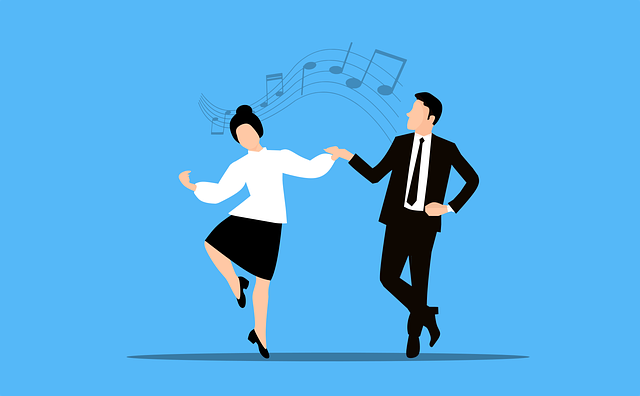 Be A Movement Participant Rather Than A Spectator

With the beginning of a new year, you no doubt have an email box full of suggestions on how to start the new year. The beginning of a new year is often a time when we reflect on what’s working for us in our lives and what we want to change. And one of the topics that folks are often thinking about as they start the new year is movement. So, let’s talk about movement. Specifically, I want to share a little bit about why I enjoy being a movement participant far more than being a spectator.

Movement is something I’m passionate about, and I do a lot of different kinds: Ashtanga yoga, running, hiking, backpacking, cycling, and dancing. As the world opens up a bit more over the past year, it’s dancing that I’ve been especially enjoying this winter.

My husband and I do east coast swing dancing (lindy hop and related dances). During 2020 and 2021, our local swing dance club and local dance events were all closed or canceled. So we’ve been delighted to get back to dancing over the past year. As we’ve gotten back to dancing, we’ve noticed we’re a little rusty on some of the steps. It initially felt a little more awkward than we remembered. And that got me thinking about how I got started with swing dancing in the first place.

Back in the 90s I saw the movie Swing Kids and was completely captivated by the dancing. But I didn’t want to just admire their dancing from a distance. I wanted the feeling of doing that myself. So I sought out some lessons and started learning. It was awkward and I messed up a lot. But it was so much fun! Then the classes ended and there wasn’t anywhere to practice, so I forgot most of what I’d learned.

Fast forward 15 years and I learned there was a swing dance club where I was living that gave beginner lessons. I went for those initial lessons, attended dances with the club to practice, and have been swing dancing ever since. And I have to say that it is so much more satisfying to do the activity than watch it on TV. Although I’ve not going to win any awards for swing dancing, it keeps me moving, connecting to my body, and connecting to other people in meaningful ways. Being a movement participant in swing dancing is far more enjoyable than just being a spectator.

If there is one movement-related thing I would encourage folks to consider in the new year, it’s engagement. Consider being a movement participant, rather than a spectator. Rather than just watching basketball games, world cup soccer, or Olympic gymnastics on TV, consider how you could participate. There are lessons and community leagues for so many different sports and movement activities. It’s okay if you haven’t played soccer since high school or haven’t done gymnastics since elementary school. You don’t have to achieve mastery at everything. It’s okay to have a hobby! If there is any kind of movement that you’ve previously enjoyed, think about getting involved again.

And if that new movement-related hobby leaves you with some sore muscles, come see me for some structural bodywork to support your activities this year!